“Deeper Than The Skin is an absolutely amazing experience. Not a performance (although these are two fine performers) but an experience. If you are anywhere within reach of this, don’t miss it.” -Selma Civil Rights activist Rev. Gordon Gibson, author of Southern Witness, Knoxville, TN

I have been a teacher at Durham Academy since 1995, and in those years I have been involved in a number of initiatives to bring outside professionals to our school to share their experiences and talents with the students. For many years now, DA has celebrated the life of Dr. Martin Luther King, Jr. during the week of the national holiday established in his honor. I thought that this year’s celebratory activities would be a great time to bring Deeper Than the Skin in for a performance. I am happy to say that my instincts were right!

Greg and Reggie arrived early in the morning of their performance (January 24, 2019) to set up and prepare for sharing their story of a 30-year friendship and a unique bond that transcends race and upbringing. Their performance was electrifying and energized both students and teachers. Singing about friendship and social justice, Greg and Reggie were naturals with an auditorium filled with 400 high school students and faculty, admittedly a tough audience to energize at any time, especially in mid-winter and in the morning!

Greg and Reggie sang and told stories that made an immediate connection with those in the audience. Their honesty, directness, and incredible musicianship made for a compelling assembly. And yet, they did some of their most profound work in the smaller gatherings later in the day when they visited one my senior English classes, sat down with several faculty and students to talk about their journey, and then finished the day speaking with a history class of 9th graders studying world cultures. They fielded a wide variety of questions and answered them with beautiful grace, honesty, and good humor.

I have been teaching for 35+ years, and I know when outsiders to a school community connect (or don’t) with teenagers. Greg and Reggie connected. What they were able to bring to our students and faculty was a rich story of understanding, forthrightness, and integrity. They demonstrated in their storytelling just how important it is to be able to walk in the shoes of others who come from a world unlike your own. They also showed how important it is to remember that we are all part of the human community and that being able to reach out to one another, to be able to listen and empathize, is the essence of creating unity rather than division.

It is with distinct pleasure that I offer this recommendation for Deeper Than the Skin. – Jordan Adair, Durham Academy, Durham, NC

Reggie Harris and Greg Greenway are not strangers to the Carroll Cafe stage. Each has appeared with other partners over the last 10 years, bringing their considerable storytelling and musical talents to sold out performances. And yet. Deeper Than the Skin is an entirely different experience of Greg’s and Reggie’ s fabulous and considerable talents. Deeper Than the Skin is not just a concert. It is a rich, engaging outpouring of storytelling and the music that explores and connects the decades long friendship of two people with vastly different backgrounds. Bridging their personal and societal histories around issues of racism, Reggie and Greg offer unbounded hope and justice in real, lived experience that sets a standard for the rest of us. The opportunity for members of the audience to contribute their stories and questions enhanced the experience many fold. Carroll Cafe was honored to host Deeper Than the Skin. Experience this performance if you can. Ask your communities to provide a forum for Deeper Than the Skin. You an help change the world by opening hearts and minds to the possibilities of justice and unity. – Sandra Miller, Member & Steward, Seekers Church, Gallery Coordinator, Seekers Church, Committee Member & General Coordinator, Carroll Cafe.

Thanks again for bringing Deeper Than the Skin to Bull Run Unitarian Universalists! The musical presentation and worship service were truly inspiring!!! It was clear to all that your words and music were heartfelt and straight from the soul. By giving us a glimpse into each of your hearts and life experiences, I think we all learned a lot about our culture and our own places in it.

It’s said that a minister’s job is to comfort the afflicted and to afflict the comfortable, and the way you reached out to us not only gave us enormous hope that the world can change, but also challenged each of us to do our part to make that change happen. I think many of us felt that your music and storytelling is a ministry that’s making the world a better place, in a moving and beautiful way. – Randy Freed, Bull Run Unitarian Universalist Church, Manassas, VA

Deeper Than The Skin is an invitation to journey with two friends through their experiences with race and its’ impact on their lives. Don’t be worried you’ll be preached at – this is an event of sharing and reflection, music and deep thought. Greg and Reggie are two of the most engaging performers you’d want to enjoy on a concert evening. To be invited into their lives to share their deepest concerns and memories is a rare privilege in a very memorable evening. This isn’t so much “two feet in the door” of a conversation on race, as it is two hearts – asking us to gather and share our histories, our reflections on where we’ve been and where we want and need to go. This presentation is an affirmation of the notion that a more perfect union begins with us. -Thea Hagepanos, Unitarian Universalist Congregation of Wilmington, NC

Deeper than the Skin is an extremely relevant musical experience that engages communities in conversations on race in our time. Greg and Reggie, using the power of music and storytelling, take audiences on a journey following their divergent backgrounds. Along the way, audience members have the opportunity for self-reflection, are united through musical participation, and have the chance to dialogue with the musicians and each other about their own experiences of race and their thoughts on where we go next as a community. Reggie and Greg are incredibly talented performers who provide an entertaining evening of music filled with messages of justice and hope.

In our often-divided town, Deeper than the Skin brought together a diverse audience and served as a starting point for future conversation and action. It was amazing to be in the room where hundreds of people from many backgrounds deeply engaged in the topic, were lifted by the spirit of the music, and made thought-provoking comments during the dialogue portion. People continue to talk about the concert weeks later. We would encourage every community to bring Deeper than the Skin to its residents – everyone should have the opportunity to share in this moving experience! – Jessica Sapalio, Williamsburg Unitarian Universalist Social Justice Chair, Ariel BenYishay, Assistant Professor, College of William and Mary

Comments from Students at the University of Mississippi

“The combination of songs and dialogue made me feel less scared about racial barriers, and more motivate to do whatever I can to try to tear down the invisible walls that still divide our society today.  Their approach both puts the audience at ease, and then makes them uncomfortable, with tough questions that most people ignore.”      from John

“”Having one black man and one white man made the program seem less about telling the audience what to do, and more about how actions affect others, and what we could try to do to improve our country….Harris and Greenway’s multi-racial approach to the racial division in America shows that they are already trying to live out their message every day.”   John

“I was touched by the stories of overcoming the racial problems that the two musicians faced.  I was inspired by the message to us in the crowd.”    Camod

“They talked about the history that I have never known that has been left out of the history textbooks and left to be held by those that suffered and those who look for that suffering…. Why in history are stories not important?  Why has history been downgraded to facts and numbers?  Why do we not see the humanity in humanity through history?   Anlu

“One of my favorite things about the two men was their ability to connect with the audience, getting the audience involved in every song but also being able to tell the audience deep stories and having everyone listen to what they are saying.  I look forward to spreading their message and humming their songs!”   Samuel

The congregation was profoundly moved by Reggie and Greg’s “Deeper Than The Skin” worship service. They explored the issue of race and relationship with honest and bravery. Their singing moved us to tears and a new, deeper joy of the world they helped us see is possible. What I think was particularly effective is that they share their own personal embeddedness in the history and legacy of racism in this country. It allows the audience to begin to make the same realization of their own lives.Rev. Joe Cleveland, minister, Unitarian Universalist Congregation of Saratoga Springs

“I knew Reggie Harris through the Living Legacy Project when it came through Oxford, and was impressed with the smoothness of his voice and the passion he invested in his music.  Thus, in June 2017, when I saw Reggie’s name on the program for the Unitarian Universalist Associations’ General Assembly in New Orleans, I knew I needed to attend his session with Greg Greenway.

While Reggie is a gem all by himself, the camaraderie, respect, and caring of Greg and Reggie together is amazing!  Their voices support and complement each other in magical ways.  In New Orleans, they had a packed conference room singing, dancing, and clapping with them after just a few minutes.  Two Oxford, MS, residents made an instant decision that these two needed to perform a concert in Oxford, and started working on that goal that afternoon!

Reggie and Greg performed two concerts in Oxford in February 2018, sharing their stories and music with two very appreciative audiences.  They helped to focus ongoing conversations about reaching across America’s racial divide in an effort to find a path to healing.   Any community looking for an outstanding musical performance that challenges the mind along with the heart should consider inviting this marvelous duo to visit!!!” – Marge Holland, Professor of Biology, University of Mississippi

” It was a phenomenal program. I’m hoping you are booked far and wide so as many people as possible are exposed to the energy, sincerity, honesty, and love that it encompasses.” – Lauren T. Furey,  Manager of Visitor Engagement at The Mariners’ Museum and Park, Newport News, VA 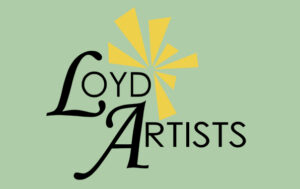 For booking and questions concerning availability and fees

… a profoundly moving evening of deep sharing, a thousand thanks! …  It was riveting, poignant, joyful… exquisite timing, careful phrasing, and the stellar musicianship and storytelling; as craft, the evening was remarkable.